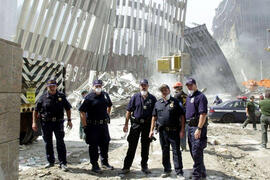 The Cop Who Became a Property Manager

Service is the thread that runs through Robert Ferrara’s two careers. 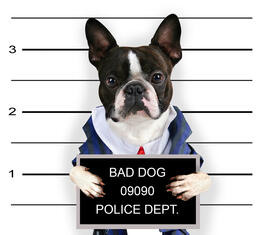 When Evicting Illegal Pets, Mum Is NOT the Word

In a co-op building in Bay Ridge, Brooklyn with a no pets policy, a shareholder secretly adopted a dog. True or false: if the board doesn’t take any action with 21 days, the pooch becomes legal.

False, according to the Ask Real Estate column in the New York Times. The illegal pet becomes legal if the board remains silent for three months, not three weeks. The rule applies to co-ops, rentals and some condos, and it kicks in if the board knew about – or should have known about – the illicit canine.

But boards who file a timely lawsuit to evict the dog might want to take this as an opportunity to rethink their pet ban. What does the majority in the building want? Are they deeply opposed to all pets – or should some pets be allowed under specified circumstances? And remember: residents with disabilities who can prove that their so-called “support pet” is vital to their well-being are allowed to keep the pet regardless of house policy. 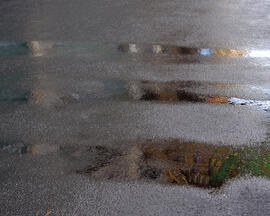 Going Rogue Is Not the Way for Shareholders to Go

Here’s a new way to go rogue. A co-op shareholder in Bay Ridge, Brooklyn kept opening front lobby windows when the space got overheated or when cigarette smoke wafted in from a first-floor apartment. The managing agent sent a letter ordering the shareholder to leave the windows closed, explaining that rain could get in and make the lobby’s tile floors dangerously slick. When the shareholder kept opening the windows, the agent fined him $100.

And rightly so, says the Ask Real Estate column in the New York Times.

“Individual shareholders do not have any right to decide what common-area windows should or should not be opened,” says attorney Marc Luxemburg of the firm Gallett Dreyer & Berkey. “Particularly if there is a risk of harm to other shareholders.”

Instead of going rogue, the shareholder should write a letter to the board, expressing his concerns and asking the board to address them. Peter Varsalona, a principal at RAND Engineering & Architecture, says the building could add a ventilation system to improve air quality in common areas. Or the smoker could do the right thing and add an air filtration or ventilation system in his apartment.

But going rogue is not the way to go. 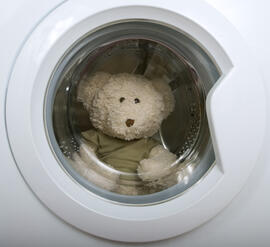 Is It Dirty Pool to Charge a Fee for In-Unit Washing Machines?

A co-op shareholder in Bay Ridge, Brooklyn has what appears to be a legit beef. When he bought into the co-op nine years ago, he installed a clothes washer and dryer in his apartment. The co-op board recently instituted a monthly $25 surcharge for units with washers, saying that the machines deprive the corporation of revenue from the communal laundry room and also use more water. Can the board do this?

It certainly can, according to the Ask Real Estate column in the New York Times. Many co-op boards have the right to prohibit in-unit washers and dryers entirely. If this is the case, then the board has the power to charge the fee, says real estate lawyer Adam Finkelstein.

However, since the Bay Ridge shareholder has had the washer for nearly a decade, he might have grounds to object to the new fee. He can write the board a letter challenging the charge. He could file a lawsuit, though the cost would almost surely outweigh the fee. Or he could simply fail to pay it and hope for the best.

“Many times the building will not press it,” Finkelstein says. Some boards will “let the charge sit on the account until the apartment is transferred or the (shareholder) needs something from the board.” 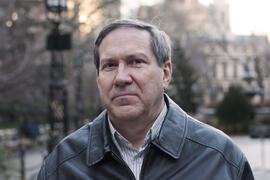 Co-op Nightmare: A Treasurer Reveals How His Board Saved a Building

When someone brings up continuing education, we may think of going back to school and taking a class on something outside our career — maybe photography, or cooking. For a real education and experience, become a co-op or condo board member. I can't begin to say how much I've learned over my 20 years as co-op board treasurer at an 86-unit building in Bay Ridge, Brooklyn. But I'll try to describe some of the issues and solutions.