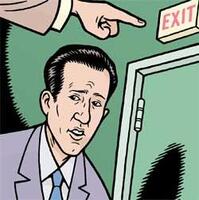 The landmark case 40 West 67th Street v. Pullman (2002) permits a co-op to evict a shareholder for objectionable conduct if proper procedures are followed. A 2004 case helped establish that even in the face of allegedly egregious conduct by a shareholder and his sublet tenant, a board must follow fair and lawful procedures, and allow the shareholder to be heard.

In 13315 Owners Corp. v. Kennedy , the co-op board voted to terminate Morgan Kennedy's proprietary lease after finding that he had engaged in objectionable conduct. Kennedy argued that when the co-op did so, it acted outside the scope of its authority by not precisely following the procedure prescribed by the co-op documents. Kennedy also argued that the co-op acted in bad faith by denying his right to be heard before the vote.

Kennedy, an attorney, purchased the apartment on November 20, 1986. In January 2003, he sublet the apartment to David Holland. Bad blood developed between Holland and the tenant-shareholders when he renovated the apartment and removed portions of the walls and ceiling without the board's consent and without securing permits from the Department of Buildings. On March 5, 2003, the co-op sent Kennedy a letter about this. Kennedy never responded.

A month later, the co-op sent Kennedy a second letter, informing him Holland's renovations had caused a small fire in the apartment, that neighbors were complaining about noise from his work, that someone had removed appliances without board approval and that three individuals were living in the apartment without board approval. The board requested Kennedy evict Holland and engage a licensed professional to "assess the construction and electrical work." Kennedy never responded.

On May 14, the board met with Kennedy, who claimed he was unaware of the complications Holland's renovations had caused. The board urged Kennedy to evict Holland. Kennedy agreed to talk to Holland and respond to the management office within 10 days. But he did not. Instead, and without board approval, he gave Holland a new sublease.

And Then the Police Came

On September 12, the NYPD executed a search warrant and arrested Holland for allegedly possessing Class A-I felony weight of narcotics in the apartment. The co-op told Kennedy of Holland's arrest and requested Kennedy begin immediate eviction proceedings. Again, Kennedy did not respond. The co-op then sent a letter saying Holland's renovations had severed an electric cable, cutting off the building's heat. The co-op alleged that by allowing Holland to conduct the renovations, Kennedy had violated the house rules.

On November 22, police executed a second warrant at the premises and again arrested Holland, this time for allegedly possessing Class A-II felony weight of narcotics. During the arrest, police damaged the locks on the building's front door, and the co-op had the locks changed. The co-op informed Kennedy of the new arrest and where he could acquire new keys. Kennedy did not give new keys to Holland, who was unable to enter the building. By April 1, 2004, Kennedy finally evicted Holland and a roommate.

Before this, the board had called for a meeting to discuss what it termed Kennedy's objectionable conduct. The board announced the meeting to the shareholders by a notice from the "133 East 15th Street Owners Corp." The co-op's correct name is 13315 Owners Corp.

Kennedy and his attorney attended this February 10, 2004, meeting — where board members silenced Kennedy's attorney, peremptorily called for a vote, and voted to terminate Kennedy's proprietary lease. Kennedy refused to vacate and the co-op began eviction proceedings.

This case hinged on the application of 40 West 67th Street v. Pullman. There the Court of Appeals concluded that courts should apply the Business Judgment Rule and defer to a board's vote as competent evidence that the tenant-shareholder's conduct is objectionable, unless the tenant-shareholder shows "that the board acted (1) outside the scope of its authority, (2) in a way that did not legitimately further the corporate purpose or (3) in bad faith."

In 13315 Owners Corp. v. Kennedy, the court said members of a board might develop their own definition of objectionable conduct that other cooperative shareholders do not share. Having elected officials, such as board members, decide questions of objectionability prevent the possibility of mob rule that can result from a shareholder vote. Nevertheless, the court said that greater potential for abuse arises in a board vote than in a shareholder vote.

Ultimately, the court here determined that the co-op had acted outside the scope of its authority and in bad faith in conducting its vote to terminate Kennedy's lease. Kennedy had raised five defenses. Two had no merit — that the co-op did not give Kennedy a notice to cure, which the court said the co-op wasn't required to do, and that the co-op incorrectly described the apartment in eviction papers, which the court said was untrue — but three other prevailed: (1) that the notice of the board meeting did not give the co-op's correct name, (2) that no board officer signed the notice of the board meeting, and (3) that the shareholders did not properly elect the board members.