DENYING ACCESS: WHEN CO-OP BOARDS CAN WITHHOLD YOUR APARTMENT KEY

> DENYING ACCESS: WHEN CO-OP BOARDS CAN WITHHOLD YOUR APARTMENT KEY

Denying Access: When Co-op Boards Can Withhold Your Apartment Key

May a co-op deny an apartment key to a shareholder and restrict access? Yes, if, for example, you've acquired co-op shares and a proprietary lease with a promise not to occupy or reside in the apartment — as can happen, say, with apartments bought as an investment or, as in this interesting case, obtained at court auction. If you're in such a position, here's what you should know.

In the early 2000s, Martin Trepel sued defendant Mourtala Diop, an art dealer, for fraud. Diop fled the jurisdiction, and Trepel was awarded a default judgment. In an effort to satisfy it, Diop's co-op apartment at Connaught Tower, 300 E. 54th Street, was attached and sold at auction. Trepel himself was the successful bidder.

In anticipation of the sale, and in order to expedite the transaction, Trepel agreed with the cooperative, Connaught Tower Corporation, that his acquisition of the rights to the apartment would "not constitute permission of approval to occupy, reside in, or utilize the apartment under any circumstances or for any purpose except its re-sale." In exchange, Connaught agreed that it would not "require an interview or other personal information regarding Trepel" in order to issue Trepel shares and a proprietary lease. Following the sale, shares and a lease were issued to Trepel.

A dispute then arose between Connaught and Trepel. Connaught refused to issue him a key to the apartment, and insisted that he be escorted to and from the unit, arguing that since Trepel was not entitled to reside in the building without approval by the co-op board, the board had to maintain control over his access. Trepel maintained that Connaught's restriction interfered with his ability to sell the apartment.

The court said one might think that, because both parties wanted to see the apartment re-sold, and Trepel disavowed any intention to do anything other than effectuate a sale, reasonable people in good faith could easily agree to provide Trepel and his realtor or prospective purchasers access to the apartment on reasonable terms, while guaranteeing to Connaught sufficient control over that access to protect its interests. But the parties could not reach such accommodations, and Trepel eventually sought an order compelling Connaught to provide him with a key to the apartment.

While Trepel contended that Connaught was effectively asserting an interest in the property, Connaught argued that Trepel had gotten what he was entitled to in that obtaining the shares of Diop's apartment had satisfied the judgment in that case, and that his dispute with Connaught amounted to a claim that someone was interfering with what the law calls "enjoyment of property." Moreover, Trepel contended Connaught was not merely interfering with his enjoyment of property but was in fact disputing his claim to ownership of that property. 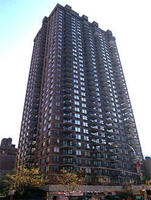 While in ordinary usage, people speak of "owning" a cooperative apartment, under New York law, such an apartment (unlike a condominium) is not real property. The apartment is leased to its "owner" by the cooperative corporation; what the lessee owns are shares in that corporation. Thus, the transfer of the shares and of the proprietary lease effected the transfer of the property to Trepel.

Ordinarily, a co-op will only permit transfer of ownership to a purchaser whom it has approved. The acquisition of a co-op apartment by a purchaser in a sheriff's auction thus creates an anomaly. A New York court confronted with this precise situation had held that a co-op has no right to block the transfer of shares and lease to a judgment creditor.

However, according to the 1983 decision House v. Lalor (interesting in itself in that it which upheld a forced co-op sale netting a $185,000 loss in equity after the debtor failed to pay a $350 judgment), "even though the transfer of the shares and the lease takes place pursuant to operation of law, the co-op still had the right to approve before she takes occupancy. If she attempts to do so, or seeks to transfer her shares to another, either she or her transferee must obtain the approval of the co-op's Board of Directors. ... This is so because the co-op is entitled to screen and approve persons who wish to become members of their community."

Thus, under New York law, as well as under the agreement between Trepel and Connaught, Trepel had an economic interest in the apartment, but he did not have the right to unfettered use of it.