After discussions last year about how far they could go, "We simply imposed a new house rule that requires renters, on an 'on-going-forward' basis, to sign a rider to their lease in which the subtenant agrees not to smoke or allow any occupants to smoke."

Marilyn Appleberg (below), a real estate agent with Wohlfarth & Associates, is also board president of her 28-unit co-op at 111 West 10th Street, which is managed by Grogan & Associates and consists of six former townhouses built in the 1850s. Appleberg supported the board's decision to move toward becoming a non-smoking building. Under the new policy, anybody who buys in to the co-op signs a no-smoking affidavit drafted by the co-op's attorney, Arthur I. Weinstein, a founder and the vice president of the Council of New York Cooperatives & Condominiums. 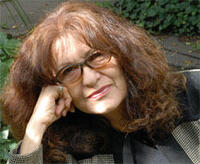 "The co-op has a legal right to reject a prospective purchaser if that person is a smoker on a number of different theories, not the least of which is that we are making a reasonable accommodation for those of our shareholders who are allergic to cigarette smoke." He points out that smokers are not a protected class under any human rights laws.

The board didn't attempt to make the building completely smoke-free in one swoop because there were smokers in residence. Observes Appleberg: "They're grandfathered. I'm not going to tilt at windmills. The fact is, as things have turned over and people sign this, it's going to become the majority."

Jeff Reich, a partner at Wolf Haldenstein Adler Freeman & Herz, cautions that a policy targeting purchasers can be derailed if the incoming shareholder is not completely honest with the board. One way to surmount that is to create an amendment to the proprietary lease. "I have a building that will be asking their shareholders to approve an amendment that says that any material misrepresentation in the purchase application will be deemed a default under the terms of the lease. So if someone said they were not a smoker and they lied, you would have the right to terminate the lease."

Since the 2006 court decision that failing to deal with secondhand smoke could invoke the  warranty of habitability , boards throughout the city, according to many attorneys, have considered whether they need to take some kind of action. Eric Goidel, partner at Borah Goldstein, reports that most of his buildings have decided against it. The thinking is: "If they ban smoking prospectively they're going to lose a world of potential buyers that most unit-owners and shareholders don't appear to be willing to lose for the health benefit of everybody in the building. They've determined that economics outweighs the health benefits and they'll deal with problems on a case by case basis as they arise."

Contrary to such worries, many say the opposite has occurred. Barbara Goodman, a broker with The Corcoran Group, who recently had a sale in Sonja Cooper's building, says she had absolutely no problem selling the apartment. "As a matter of fact, the people that came, once I told them, they said: 'Oh, good.' "

Donald Kemper, a vice president at Prudential Douglas Elliman, has handled sales and rentals in the building for the last few years and says that he has had nothing but positive reactions from his clients. "People typically respond: 'I'd love to be part of a community like that.' And with the majority of the population being non-smokers, I guess it does translate into being a positive."

For boards that want to explore their options, a useful source of information and advice is the New York City Coalition for a Smoke-Free City. Notes director Joanne Koldare: "Secondhand smoke is more than a nuisance; at this point, we know that there is no risk-free exposure." Koldare cites the U.S. Surgeon General's 2006 report, which put all on notice that they can no longer be sanguine about smoke.

For one week in July, Koldare ran a TV ad about smoke-free housing and apartments. The interest was overwhelming. Before the spot ran, hits on the coalition's website were running at about 500 a day. By the end of that week, it was getting 11,000 hits a day.

She also got phone calls. Koldare was surprised that, in addition to the expected ones from tenants, a number of landlords and apartment-owners were calling for help to create smoke-free buildings. She was, however, dismayed by the attitude of co-op boards.

"They're actually as timid as if they weren't in a seat of power; they feel uncomfortable that this might have some contentiousness," she says. "One shareholder called about a problem she was having with smoke coming into her apartment, and I said, 'Why don't you take it to the board?' And she said, "I'm on the board.' "

Adapted from Habitat November 2008. For the complete article and more,  join our Archive >>