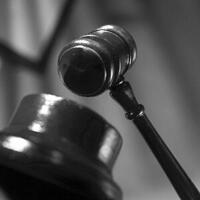 Jan. 20, 2010 — You're in a marriage. It doesn't work out. Hey, it happens. So you separate and divorce, and you as the ex-husband agree to let your ex-wife stay in the co-op until your kid finishes college. You continue to pay half the mortgage and maintenance, expecting to sell the co-op then and split the net proceeds with your ex.

So far, so good. Then you get married again. Your will bequeaths your half of the co-op to your second wife.

And then you die.

Does your second wife get to have your half of the apartment? Maybe. Maybe not. It depends. Or at least it did until the Supreme Court in New York County laid down a divided decision yesterday.

Husband-and-wife Adam and Pamela Richard bought a Manhattan co-op apartment together in 1978. They took title to the co-op shares as joint tenants with rights of survivorship. "Joint tenancy" means there are two or more co-owners who buy at the same time and have the same right of possession, and "rights of survivorship" means that if one of them dies, the survivor automatically acquires title to the deceased spouse's shares.

That was one of two ways that the law allowed at the time. The other way they could have owned the co-op shares was as "tenants in common," which is similar, but unlike joint tenancy carries no right of survivorship.

The law changed in 1996 to allow a third way, called "tenants by the entirety." This type, which is available only to married couples, does carry rights of survivorship — except until a divorce, at which time it automatically becomes a tenancy in common, the kind without rights of survivorship.

On April 12, 1989, Pamela and Adam entered into a separation agreement which provided for distribution of the marital property. Pamela got exclusive possession while their only child, Alexander , was a minor (which under this definition meant until graduation from college). Adam agreed to pay half the mortgage and maintenance until the co-op apartment was sold, and to maintain a life insurance policy to cover his child-support obligations in the event of Adam's death. The couple's divorce was granted in December of that year. The separation agreement, which was incorporated into the divorce judgment but not merged with it, erroneously stated that the couple owned the apartment as tenants by the entirety.

Adam eventually got remarried, to Michele Beudert, who graduated from Fairfield University in 1999 and went on to become an RN at Stamford Hospital in Connecticut, and who last year was one winner of the state's Nightingale Award for Excellence in Nursing. Adam, sadly, died on September 23, 1999. His will bequeathed to Michele his ownership interest in the co-op apartment. Alexander was only 16, so the apartment couldn't be put up for sale until he finished college.

It all sounds so very civilized up to then. But the following month, the co-op's managing agent insisted that the contract be amended to omit Michele's name. Michele commenced a lawsuit, Beudert-Richard v. Richard, seeking enforcement of both the separation agreement and the November 2007 contract between herself and Pamela. As for Pamela, she sought an order directing that Michele wasn't entitled to proceeds from the sale of the apartment, and to rescind the November 2007 agreement.

Her reasoning was that the agreement was based upon a mutual mistake: Adam and Pamela had thought they were tenants by the entirety, which has no right of survivorship — meaning that Pamela would not automatically inherit Adam's half after his death. But, in fact, the couple had never formally changed their divorce agreement after the 1996 change in the law that allowed tenants by the entirety. So, despite the clear intent of the will and of Pamela's and Michele's agreement and everything else, the couple were, technically still joint tenants with the right of survivorship — meaning, as a lower court ruled, that Pamela had actually inherited Adam's half of the co-op apartment after Adam's death, and that Michele had no claim on it.

Next page: What did the court decide?